13 Free things to do in Edinburgh, Scotland

13 Free things to do in Edinburgh, Scotland

Edinburgh is truly the most beautiful and impressive city I have ever had the pleasure of staying in. One of my favorite things to do is just wander around.

Scotland is a dream when it comes to cultural activities and travel, but it can get expensive. Luckily, Edinburgh has plenty of free, fun-filled (and did we mention free?) things to do to ensure you get a complete Scottish experience while studying abroad.

1. Escape to a secret royal garden 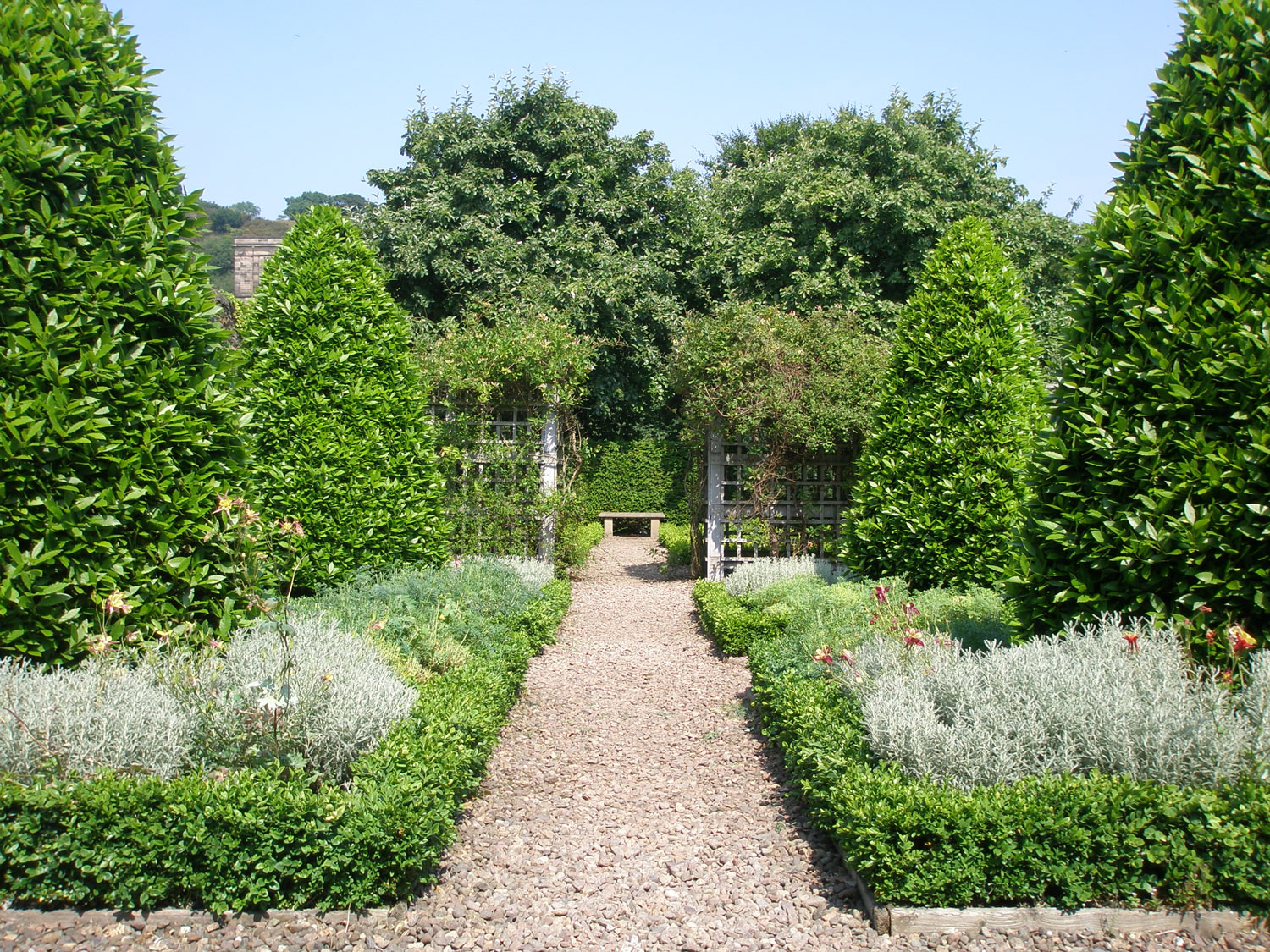 Open from dawn to dusk and located meters from the Edinburgh Royal Mile is Dunbars Close—a series of tiny gardens recreated in the 17th-century garden tradition. Grab a coffee from one of the shops along the Royal Mile, the main thoroughfare of the city’s Old Town, and escape the city for some nature-induced peace and quiet. 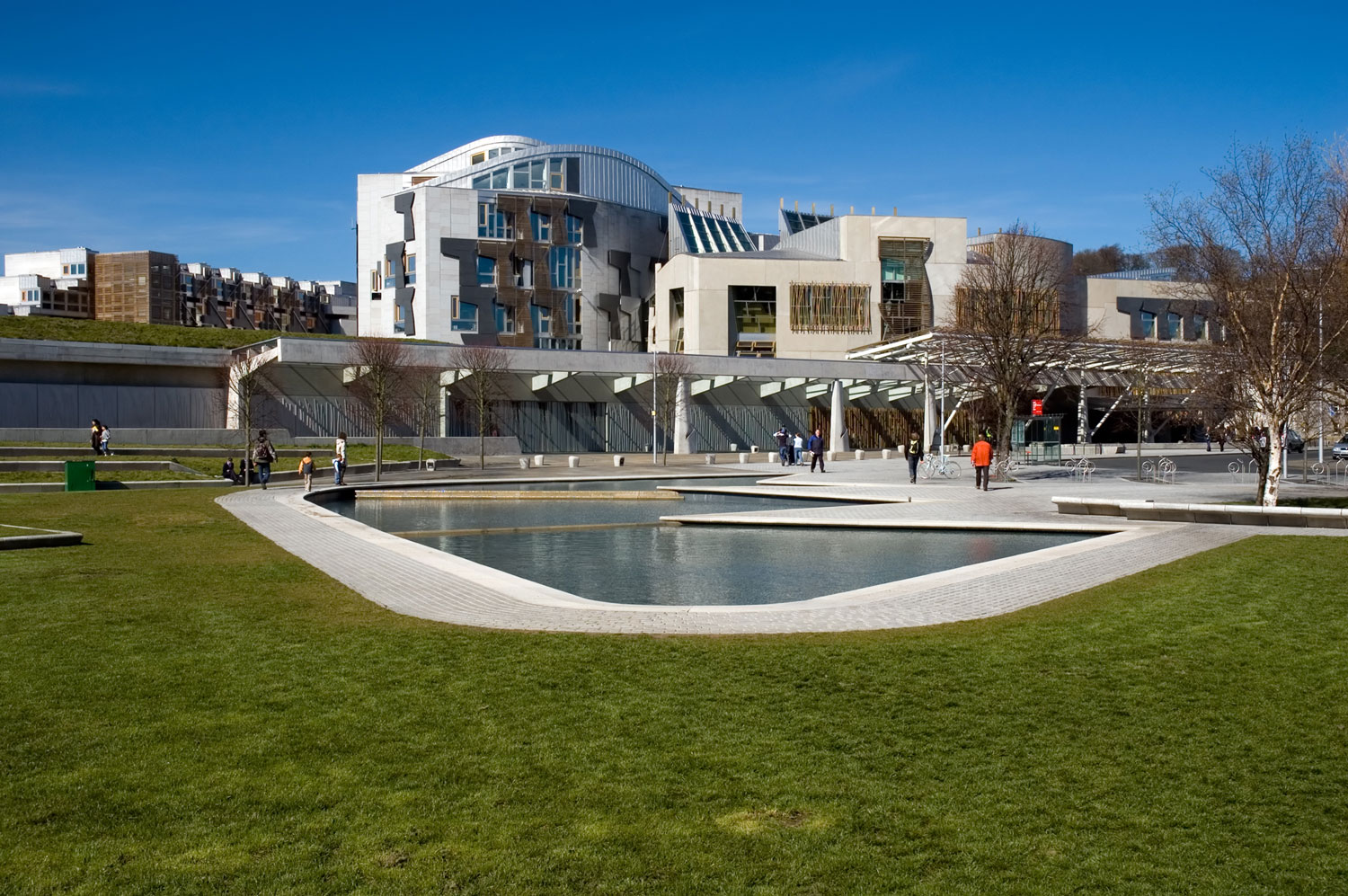 Watch live political debates in the gallery above a huge chamber with seating designed specifically to blur political divisions and encourage collaboration. Then tour the art collection of paintings, sculptures, photography and textiles by contemporary Scottish artists in the same building.

The house of Scottish Parliament is an architect’s dream escape that must be experienced from all sides: indoors and out. Reserve your free guided tour. 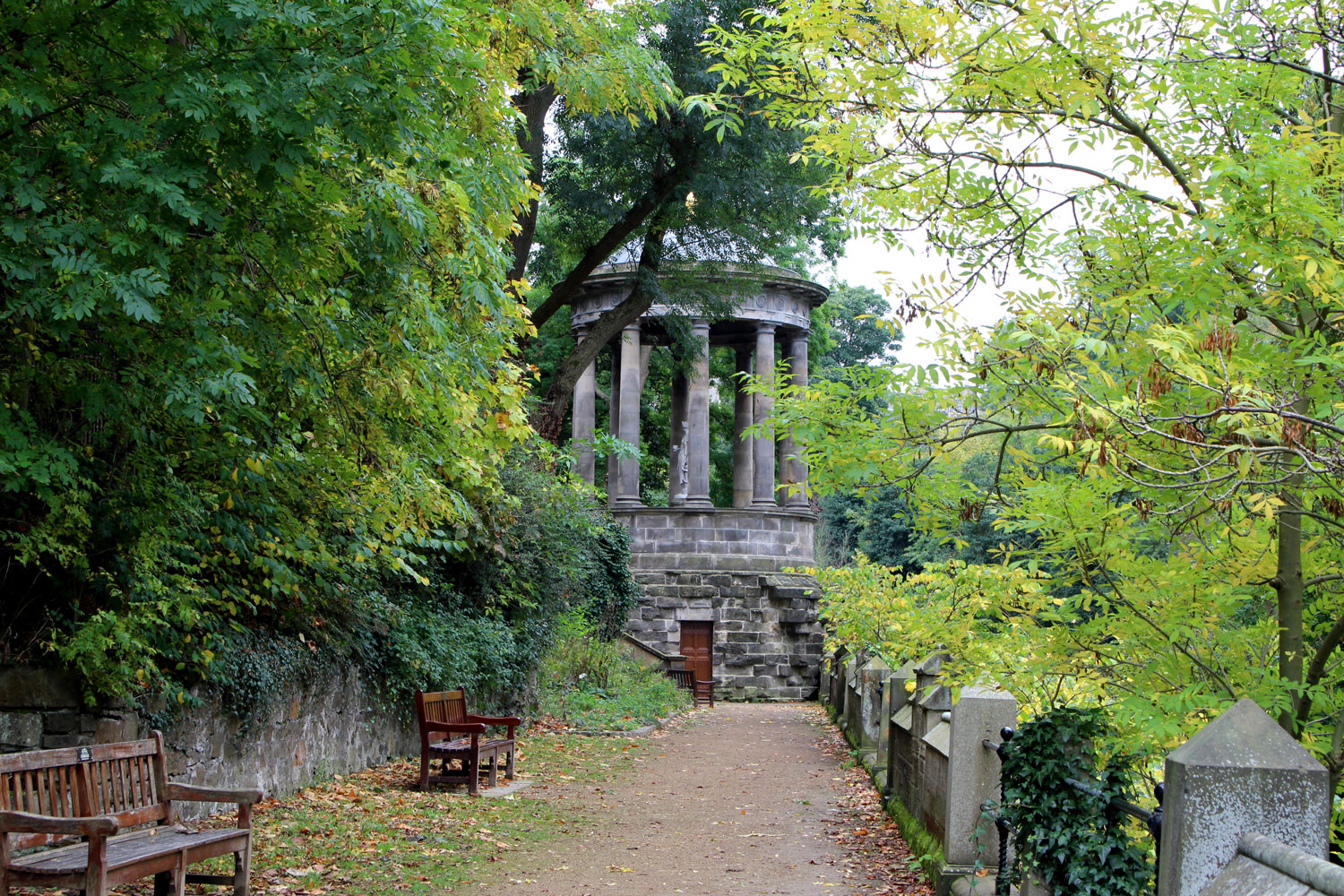 The Water of Leith Walkway is a green leafy corridor of tunnels and bridges ideal for walking or cycling. The walkway runs alongside the main river which once played a crucial role in Edinburgh’s industrial growth. Download the Water of Leith podcast series for a guided tour with fascinating facts and history of sites along the river. 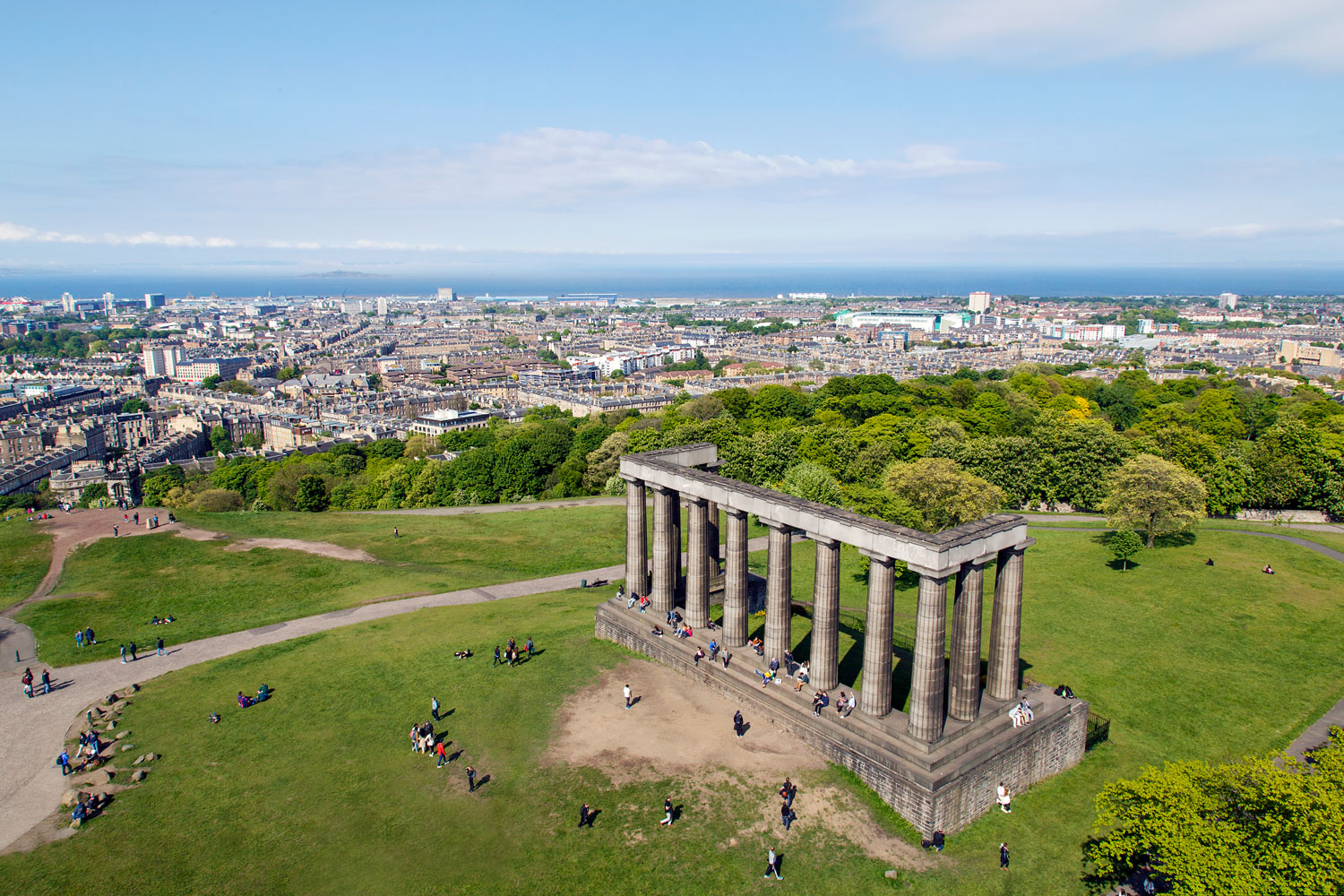 In the center of the city of Edinburgh you’ll see ruggedly windswept Calton Hill, which offers lush grassy slopes and one of the best panoramic views of the city. Notice the 12 pillars that look like a Greek ruin? That was originally intended as a memorial to Scots who died in the Napoleonic Wars, but the money ran out before the building could be completed and plans to finish never seem to rally enough support.

Calton Hill has lots of opportunities for postcard-esque profile pictures and photo ops that all your relatives will really enjoy.

5. Take a chilly dip with the Wild Ones 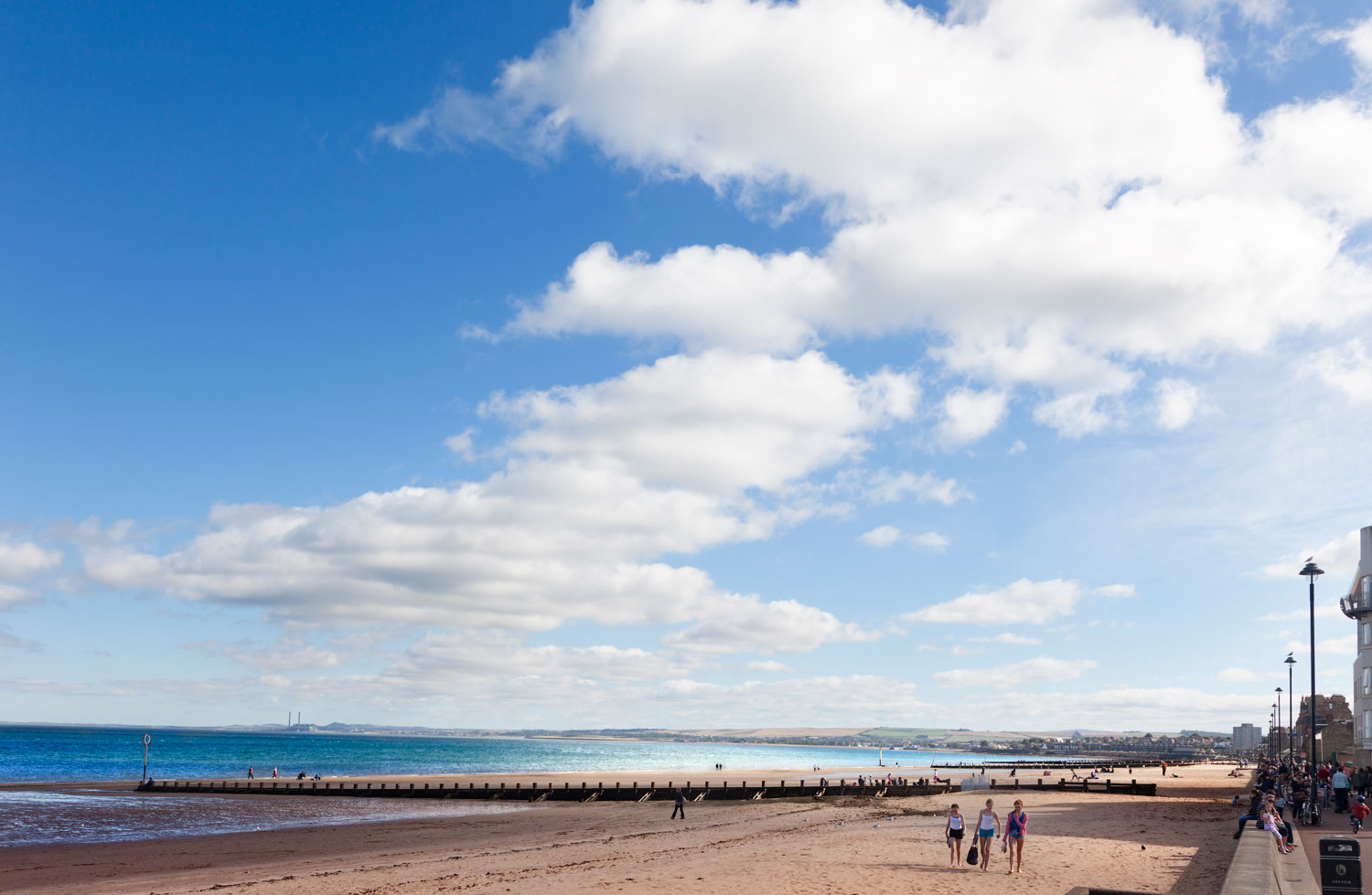 Every Sunday, no matter the weather, the Wild Ones plunge into the choppy water off Portobello Beach, fondly called Porty Beach. This invigorating wake-up call is kinda awesome—even when the weather isn’t. After the swim, lay out your towel and enjoy the slightly faded Victorian grandeur lining the roughly two kilometers of clean golden sand.

If jumping directly into cold water isn’t your thing, master the waves in a kayak instead. The RowPorty group is always looking for new members.

Getting there: Take the bus from Surgeon’s Hall on campus to Porty Beach (about 40 minutes). 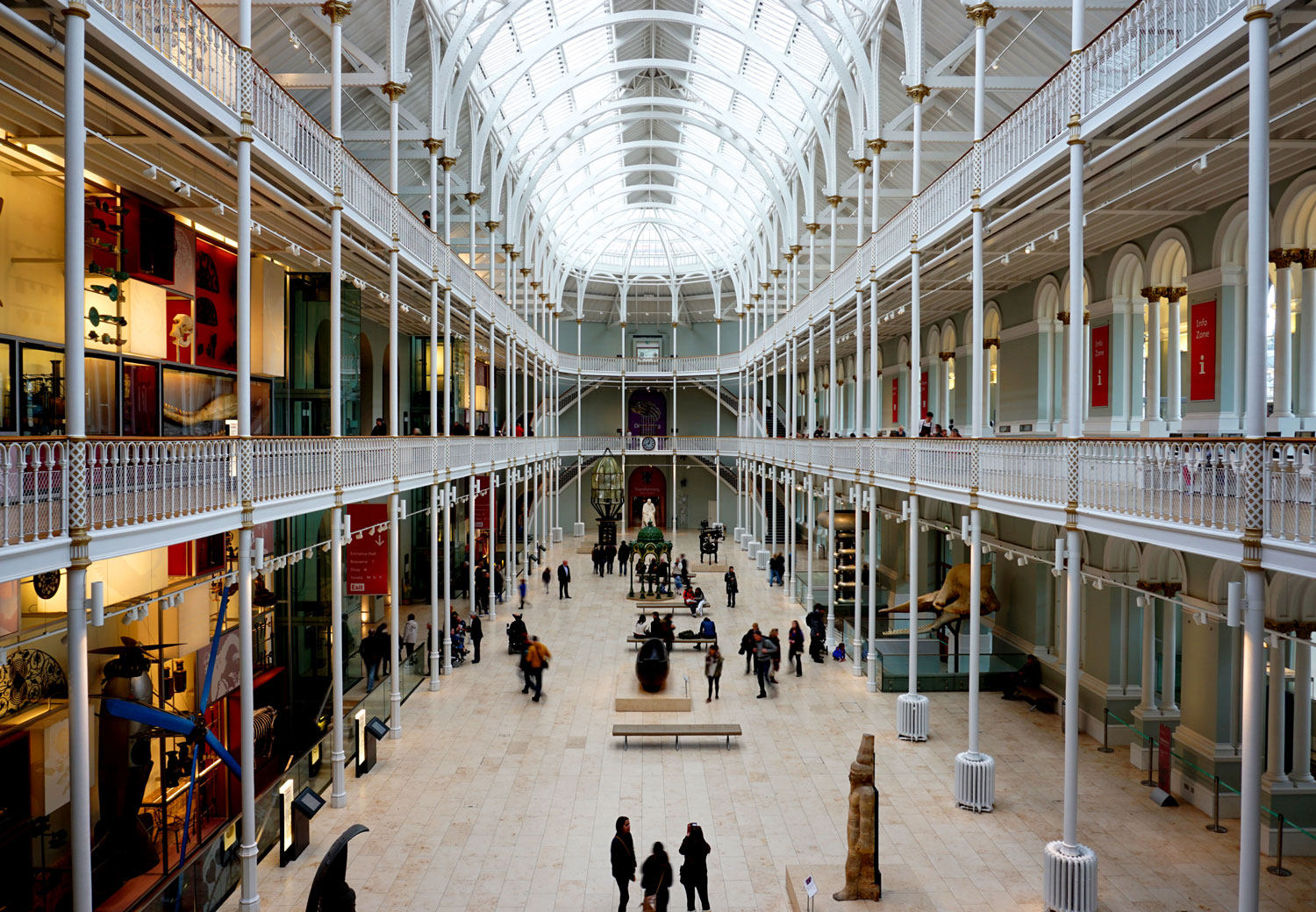 Walking through museums on rainy days is one of my favorite things to do. The National Museum is so close and so big you can spend hours in it after classes and explore new sections every time. Plus it’s free, which I’m not used to, so it was awesome just strolling in and out of the museum whenever the urge hit.

Curating collections of national and international interest, the National Museum of Scotland is a short walk from the University of Edinburgh and offers a hidden gem: a rooftop garden with a surprising view of the city and Edinburgh Castle. With departments in art, design and fashion, science and technology, natural history, world culture and Scottish history, this museum has something for everyone to enjoy.

7. Watch the sunset from Arthur’s Seat 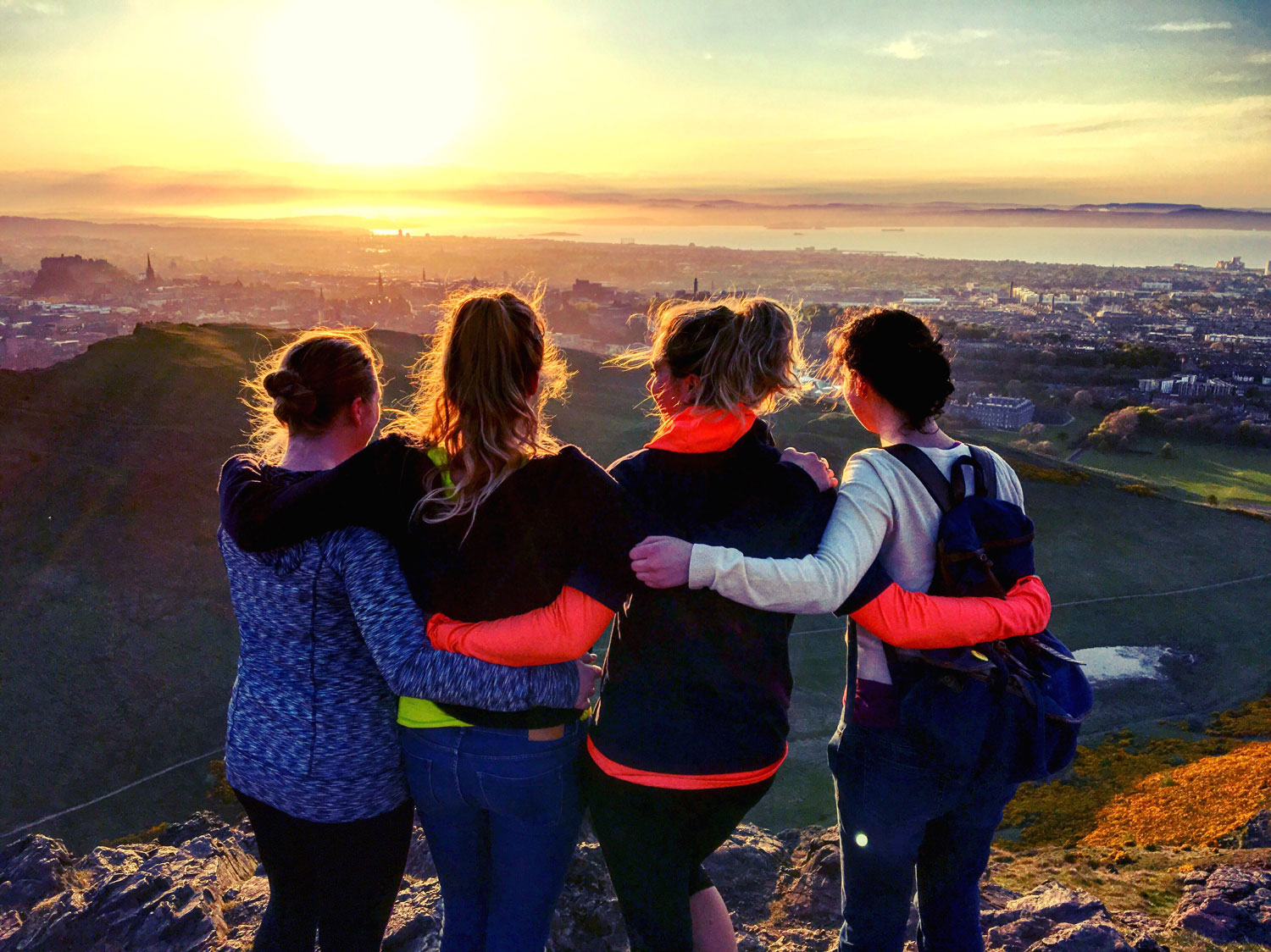 An extinct volcano in the center of Holyrood Park, Arthur’s Seat is a popular hike ending in fabulous views in all directions. Romantics like to think the hill, which is shaped like a reclining lion, was the location of Camelot. You’ll need sturdy hiking boots; the ascent of Arthur’s Seat is steep and rocky. Grab a map at the park’s information center and follow the marked 3-mile route. It takes about an hour to climb.

8. Enjoy the music scene at Whistlebinkies 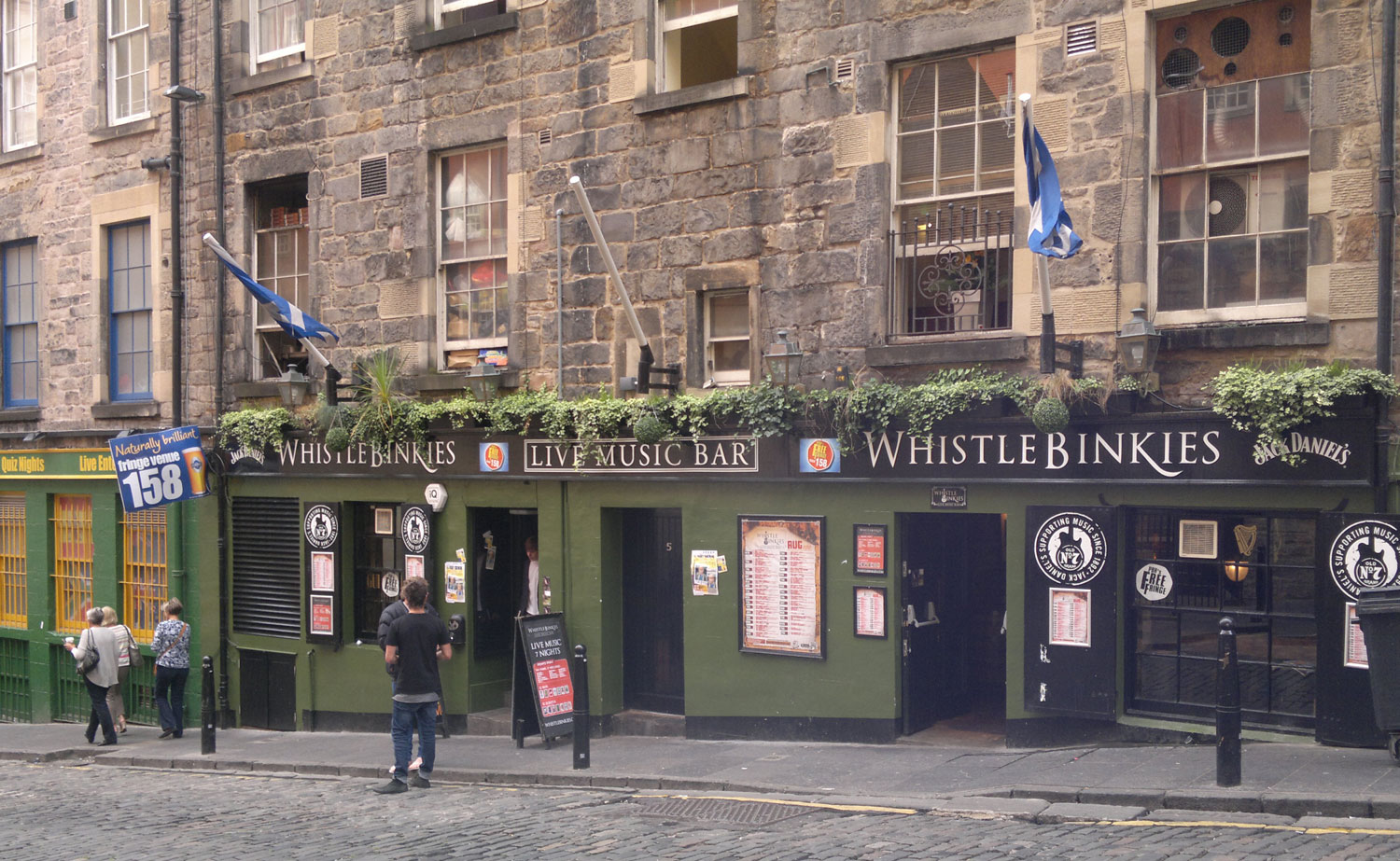 Housed deep in the vaults under South Bridge and featuring private seating areas carved out of stone, Whistlebinkies is the best place to catch live music from local bands in Edinburgh. Get in before midnight any night and it’s free. A favorite hangout for local musicians after their performances, this cavernous bar is often lively into the wee hours.

9. Tour the art galleries of Scotland 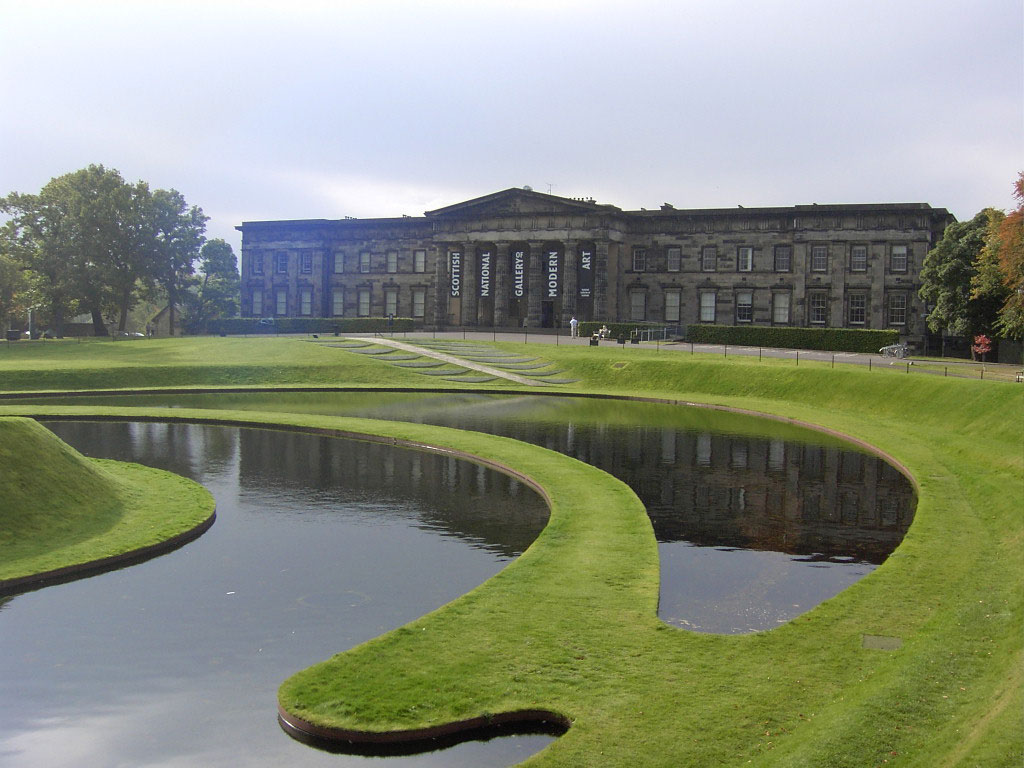 On a rainy day you can discover the depth and variety of art in Edinburgh at the National Galleries of Scotland:

Pro tip: A £1 donation scores a seat on the bus that travels between the galleries.

10. Picnic at The Meadows 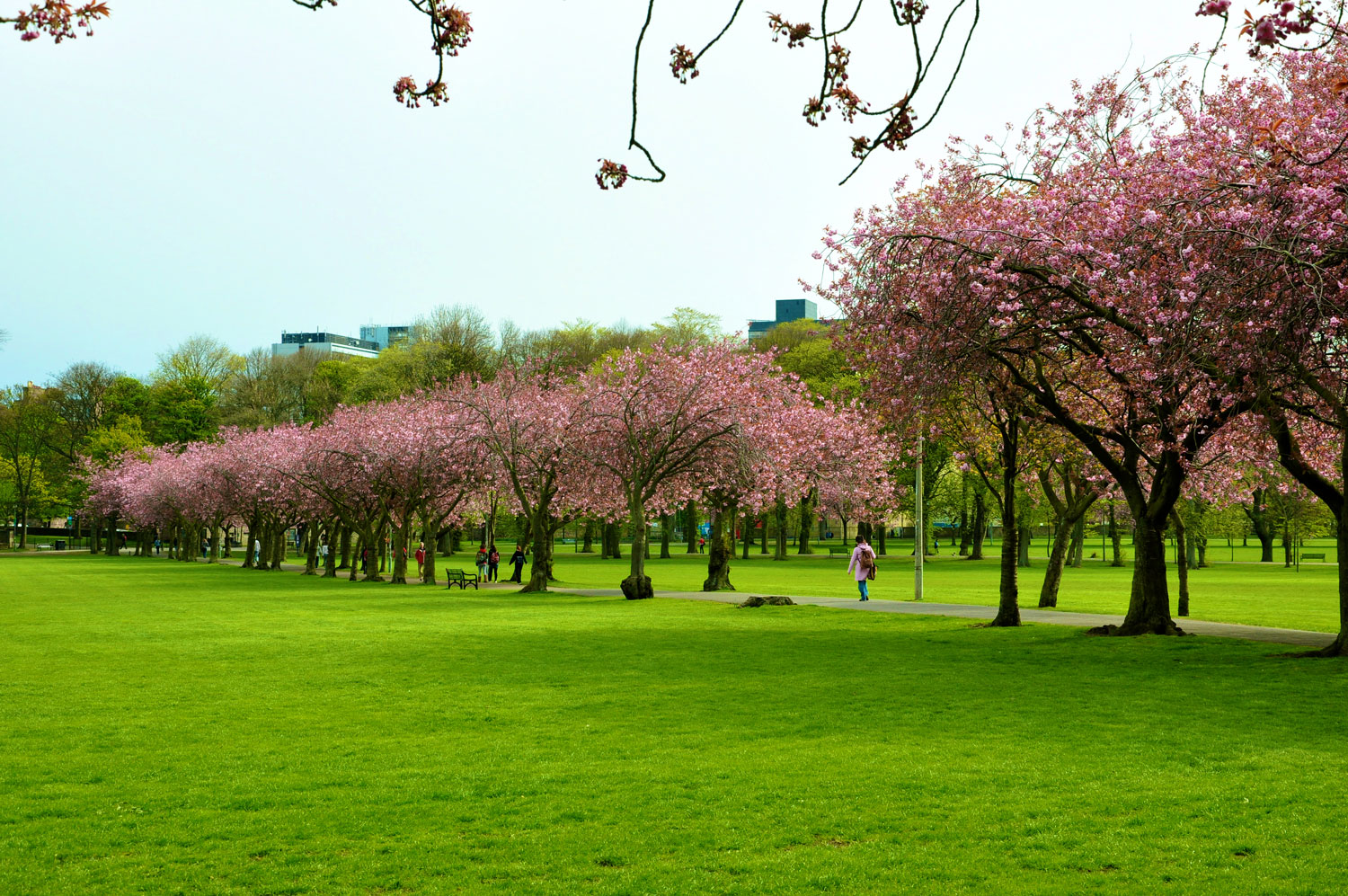 Just a short walk from the central library is the perfect place for a picnic or study break: The Meadows. During spring you can wander the cherry blossom trees that line Jawbone Walk, named for the whalebone arch. 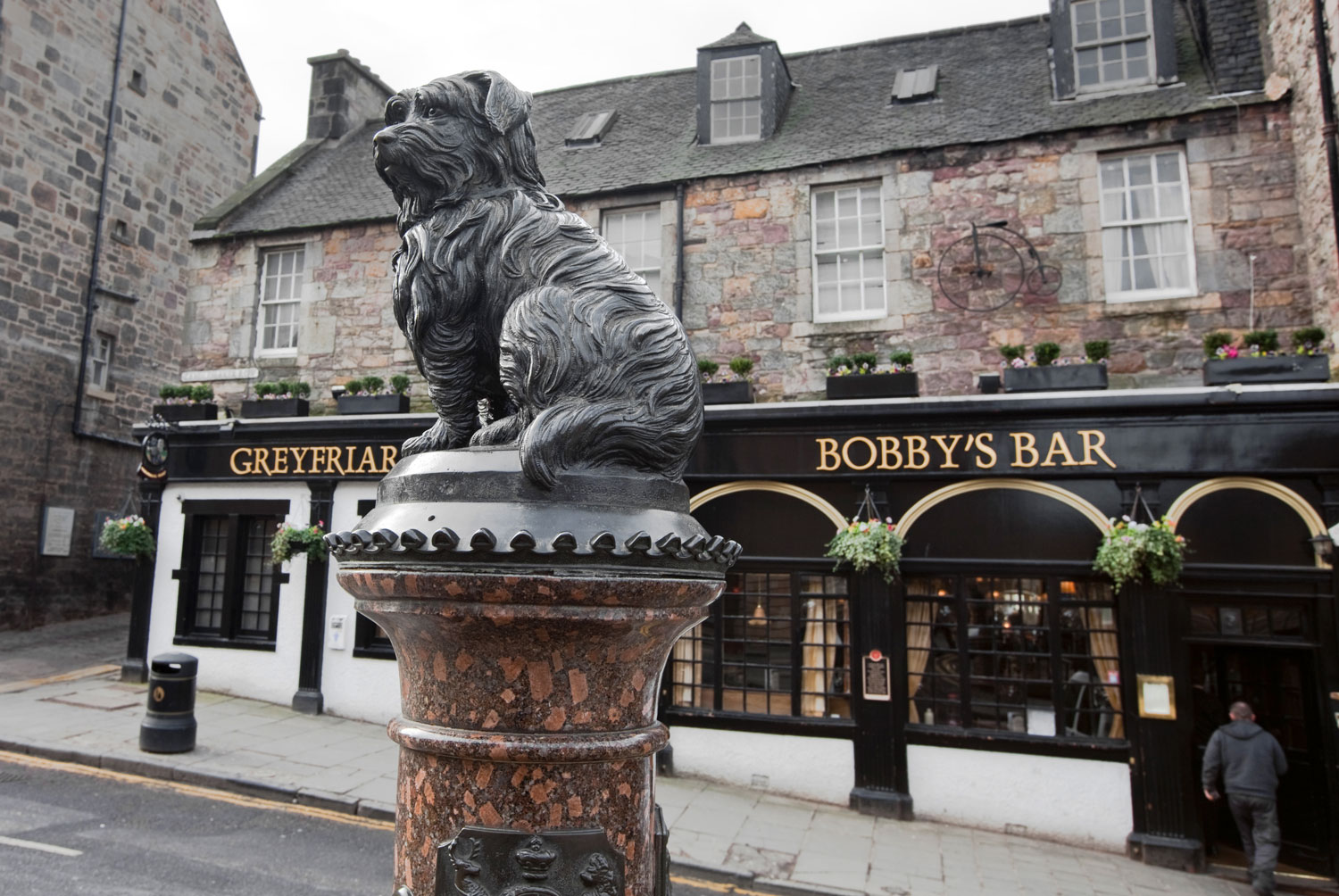 At the corner of Candlemaker’s Row and St. George’s Bridge you can take a photo with a statue of a Skye Terrier named Bobby. The little dog is famous for spending 14 years guarding the grave of his owner, John Gray. Until his death in 1858, John and his faithful dog walked the streets of Edinburgh as the night watch for the Edinburgh police force.

12. Mark the time by flowers and cannons 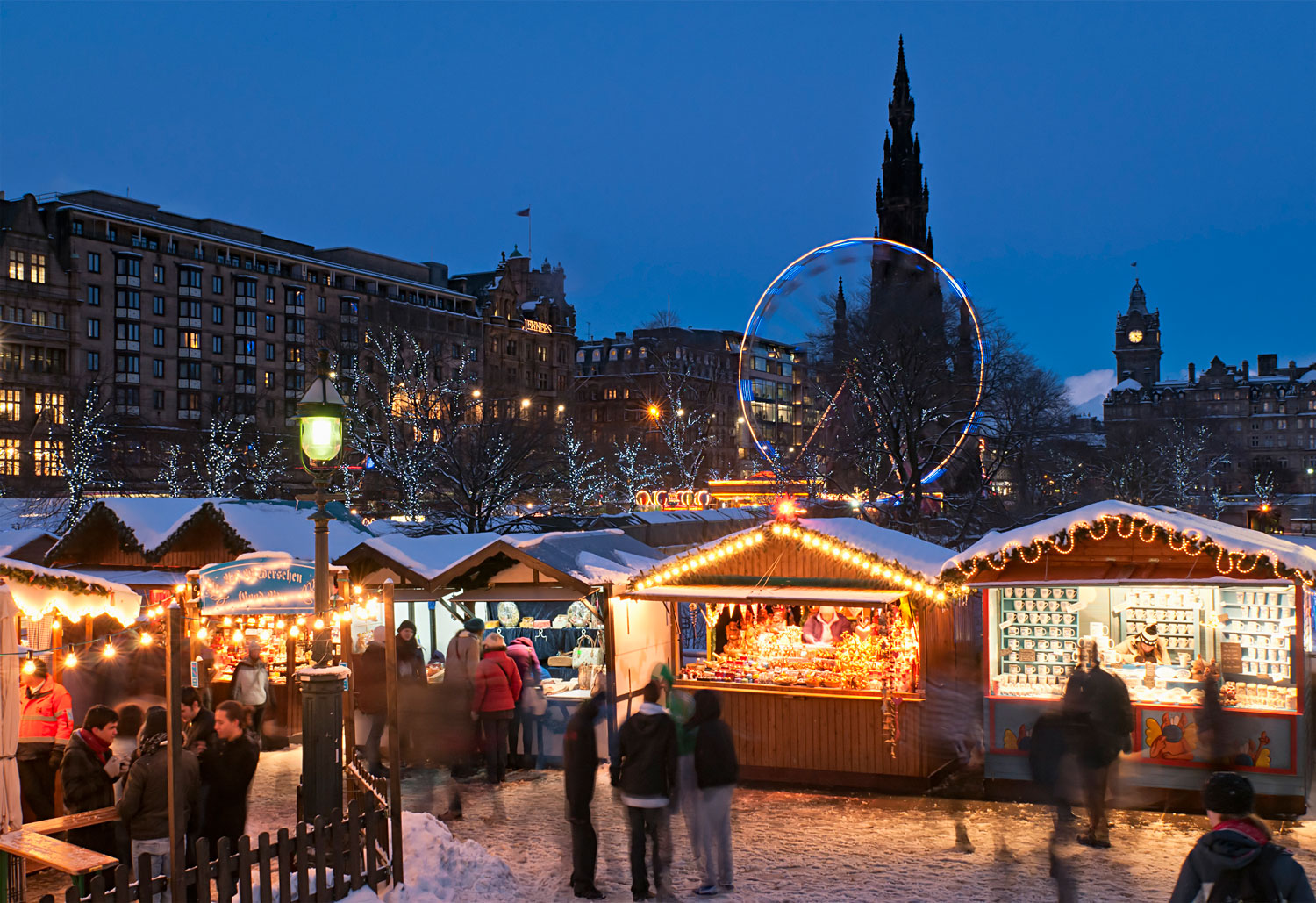 The Princes Street Gardens, known for its clock made of flowers, is a spectacular place to spend the day. The gardens offer an extraordinary view of Edinburgh Castle. Arrive before one o’clock to hear the 64-pound gun fired from the castle everyday (except Sundays and holidays). The firing of the gun dates back to 1861 when the daily event set the maritime clocks.

Pro tip: This walk is especially amazing from November to January when it becomes the Christmas Market.

13. Visit the Knights of Thistle Chapel 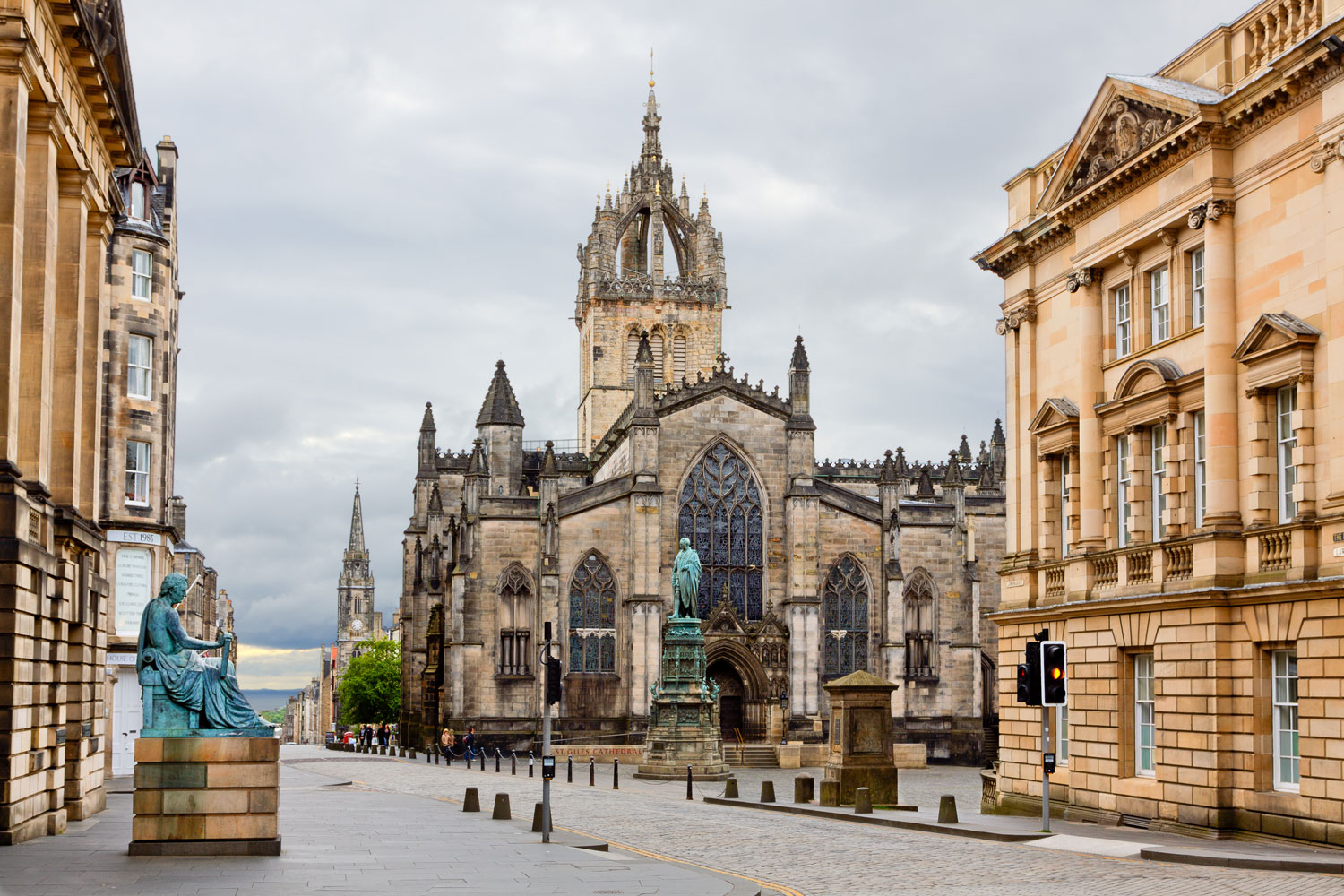 In the heart of Edinburgh’s Old Town you’ll find St. Giles’ Cathedral, known as the High Kirk of Edinburgh. The lavish church features a brass lectern in the shape of an eagle, medieval stonework and 12th-century stained glass windows. Within you will find the Chapel of the Order of the Thistle, Scotland’s chivalric knights chosen by the Queen. Enter through a low vaulted vestibule and gaze upon a wealth of peculiarly Scottish detail, including angels playing bagpipes. 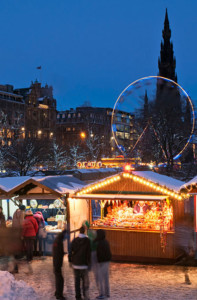 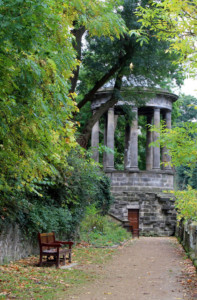 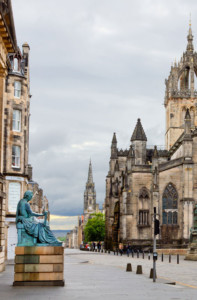 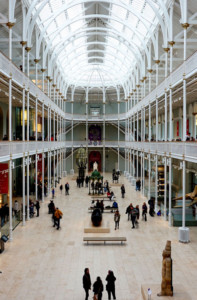 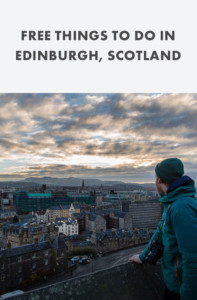