Growing up, my family history, where I come from, and who I am was a mystery to me. All I knew was that I was poor, queer, and confused about my multi-faceted identities. In college, curiosity got the best of me and I decided to study abroad and find the answers—and that’s when everything changed for me.

All I did know was that my maternal grandmother was from Chile. She came to the US with my mother, who was born in Bolivia, and they crossed the Canadian border into the US in the middle of the night. That’s it. And my dad was born in Los Angeles—his parents are from Mexico.

As a first-gen, low-income college student, I had a hard time surviving my first year at UC. So, I found refuge by studying abroad in Brazil. I chose to study there because I was enamored by Brazilian music and wanted to learn Portuguese, even though I didn’t speak Spanish. Back then, I thought finding myself meant romanticizing the mystery of me. I wanted to learn a foreign language and be in a country where no one knew me or could recognize me for who I really was—a first-gen, low-income student for whom all of this was so new.

Being in Brazil inspired me to reconnect with my roots 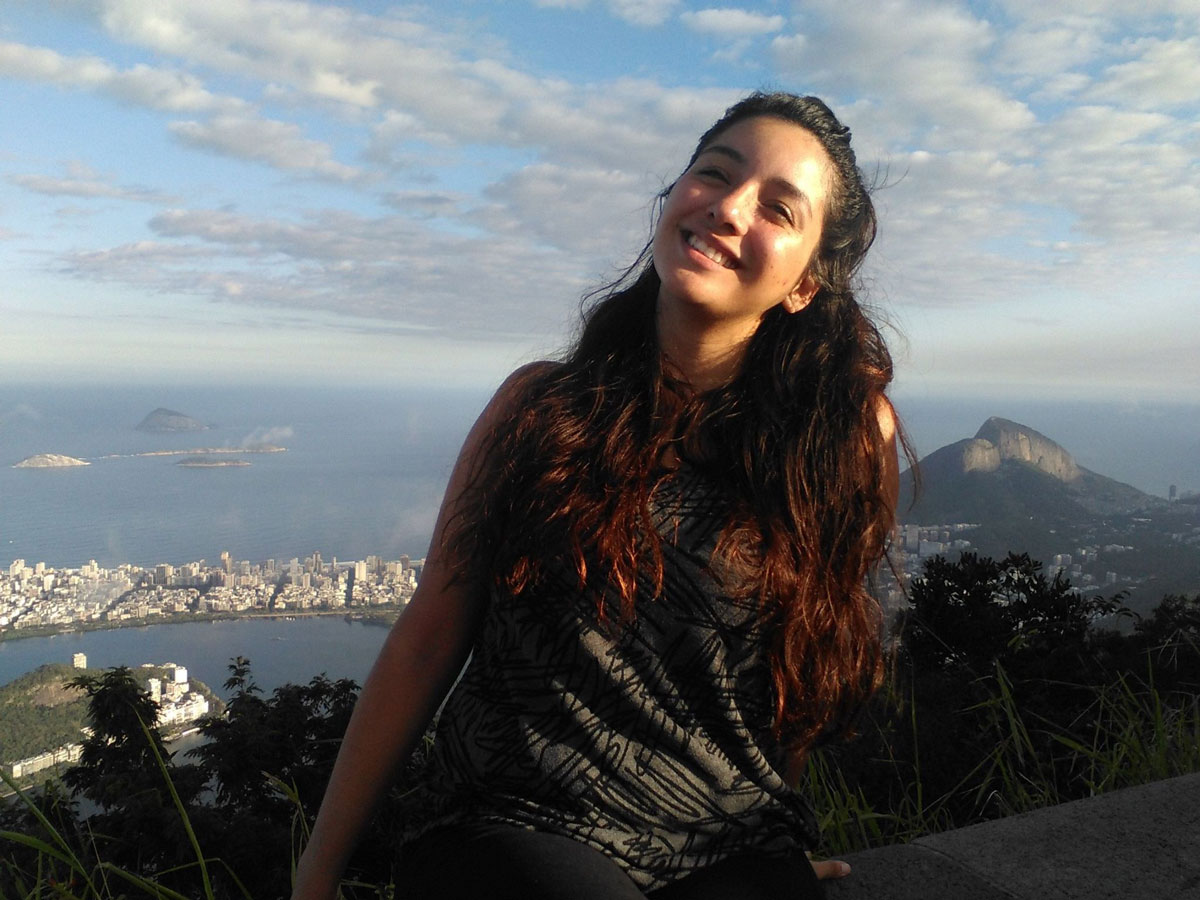 All day long I listened to Bossa Nova and studied Portuguese while living in Leblón, Rio de Janeiro’s most upper-class neighborhood where I felt like a total outsider. No one knew me and I didn’t want anyone to know me. I didn’t attempt to socialize or make friends with the other international students because of how privileged and unrelatable I found so many to be.

I was intimidated and anxious around other international students because I didn’t want them to find out who I really was—some low-income girl with no history or knowledge of her own culture.

Even worse, I didn’t want anyone to find out about my queerness.

I lived right next to Copacabana Beach and, instead of enjoying the waves and the sun in my bikini, I spent most of my days crying in my pajamas in my apartment alone.  A handful of girls on the program were also low-income, first-gen Latinas from California, but I was ashamed of not being able to fit in as well as they could. They all spoke Spanish and knew where they came from. They passed as true Latinoamericanas on the streets of Rio de Janeiro, while I did not.

One of the girls said to me, “It’s such a shame your mother didn’t teach you Spanish growing up.” In my anger, I didn’t bother explaining to her the complexity of why I didn’t know the language of my heritage.

That day, I returned to my apartment and turned off the Bossa Nova albums I had on repeat and started to research who the latest cantantes latinoamericanos were. That’s when I first heard revolutionary Chilean singer and rapper Ana Tijoux, and my heart glowed at the sound of my hidden history in her songs about the damages of dictatorship that impacted people throughout the country and the diaspora, too.

The same day I heard those songs, my mother texted to let me know she’d just heard from a long-lost sister in Santiago, Chile—an aunt I never knew existed. I booked a plane ticket right then and there for the week after my study abroad program ended.

A couple of weeks later, I landed in Chile wearing running shorts and a tank top to meet my family for the first time while they wore coats, hats, and scarves to greet me in the middle of an icy winter.

By the end of the visit, I decided I needed to perfect my Spanish so I could really connect with my roots, and my family. So, I decided that I would study abroad in Mexico next to immerse myself with the paternal side of my cultural heritage and practice my language skills.

Study abroad in Mexico allowed me to explore myself 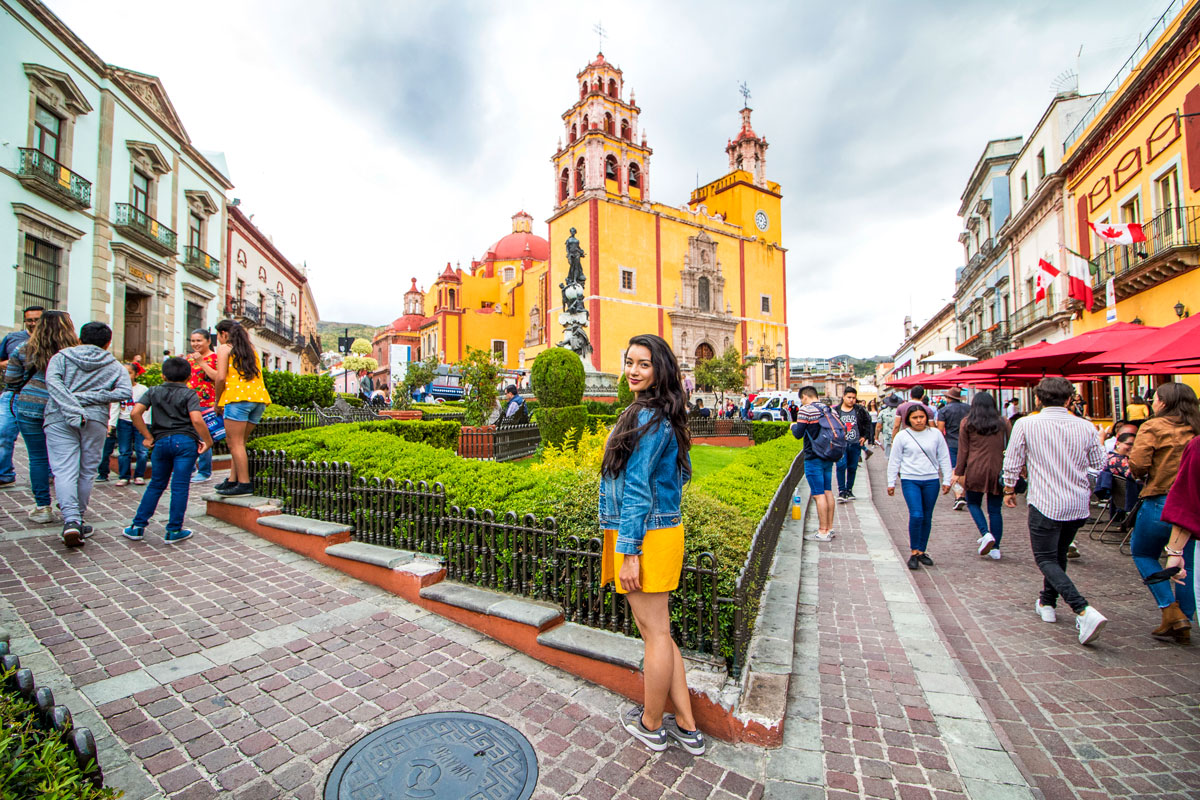 To immerse in the paternal side of my heritage and practice my language skills, I decided to study abroad in Mexico. Mexico was another place where nobody knew me and I knew no one, but this time I was more open to sharing my authentic identity—particularly my queerness. Mexico was the beginning of letting go of fear and shame.

I chose a field research program that started in Mexico City, the heart of orgulloiand and urban queer life, then moved on to Oaxaca where I would experience my first time living out of the closet. In this new place, I was able to start anew. I lived with an openly gay roommate and we both ended up dating local people. Because I couldn’t visit my family in Jalisco, Mexico, until the program was over, no one would find out about my adventures living in authenticity in a community of people who shared my identities.

By the time I had arrived in Mexico, I’d already completed the Spanish series at UC Santa Cruz. I spoke better Spanish, and it was an interesting and enriching time learning to navigate language and cultural barriers while living freely and authentically in my sexual orientation.

In Mexico, public displays of affection like hand-holding between two people of the same gender aren’t allowed except in venues like movie theaters and queer-friendly spaces.

It was the first time I could be publicly out in private, just so long as no one I knew saw me and my family in Mexico didn’t find out. There was newfound freedom zooming through the small city on the back of a motorcycle as I broke through every expectation Mexican culture had of me as a young woman.

When my program was over, I said goodbye to my partner and left to meet my family in Jalisco. They were happily surprised by my improved Spanish, and they never thought to ask how I got so good so quickly. After the whirlwind experience in Mexico, I decided to dive deeper into my identity by connecting with my Chilean heritage.

Study abroad in Chile taught me to protect my identities 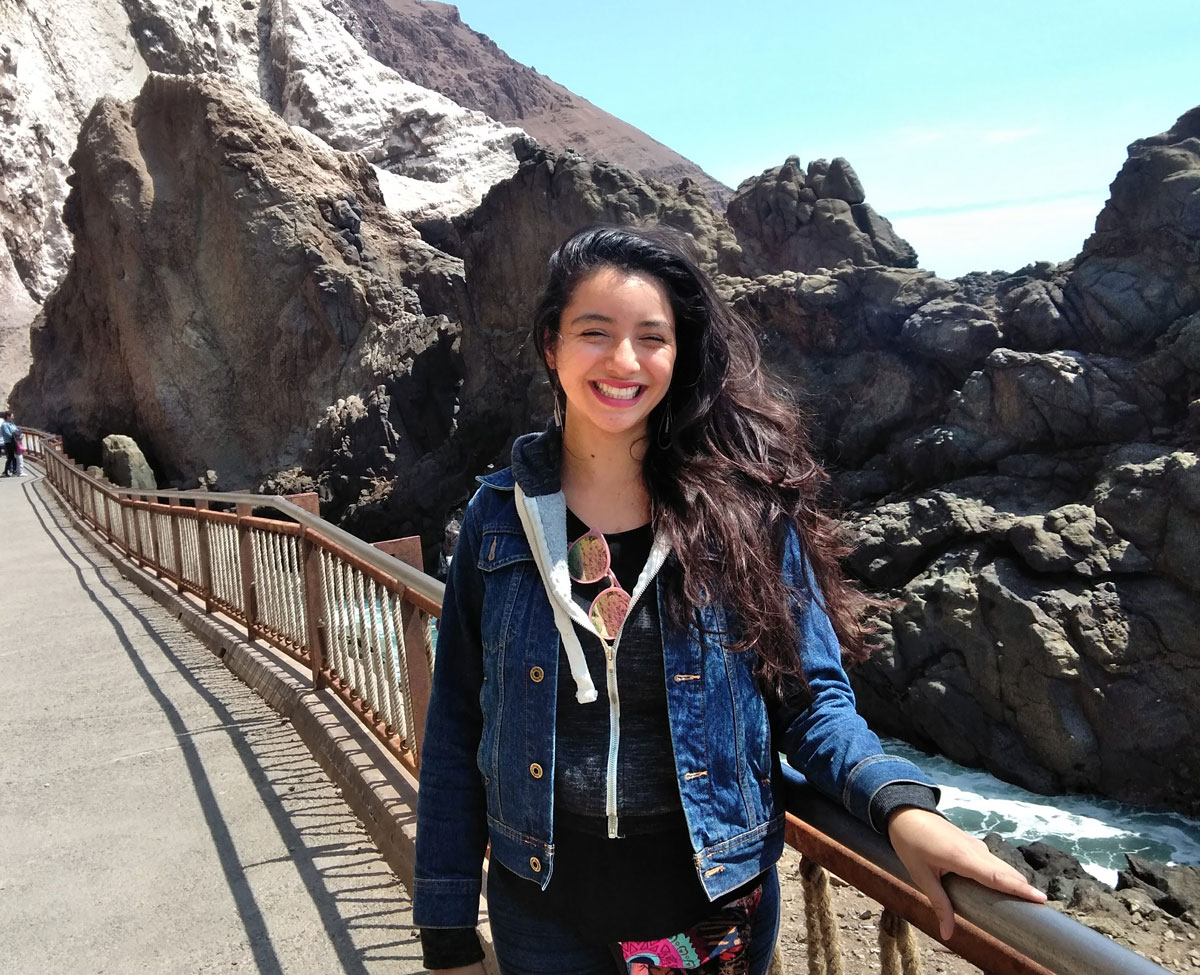 With my improved Spanish skills, I was ready to study abroad in Chile. I was on a mission to reconnect with my family and record our history. I took along a list of questions and informal research written down in a notebook from the 99¢ store. To do the work of family historian, however, I knew I had to hide my queerness.

By the time I arrived in Chile, I had prepared my Spanish skills the best I could, but I hadn’t prepared myself for the harshness of my people’s history and the reasons why my family had emigrated. In learning about the Chilean dictatorship, I understood why the older generations of Chileans, including my long-lost tíos and tías, still lived with the fear that associating with people who are radical, queer, or different are reasons someone would get tortured or executed or disappeared.

On my mission to reconnect with my family and in my gratitude to finally meet them, I had to hold my tongue when they would slip and let me know they were homophobic, transphobic, racist, and overall conservative in thought and violent with their words. Little did my tía abuela know that when she said trans people were subhuman, I would later fall in love with a trans person.

It hurt so much to learn this about my family and it still hurts knowing they probably haven’t changed. But, as family historian on a mission to reconnect the last bits of people left before our family’s history dies with them, I held my head high and my identities close. I spoke up only when it was a safe topic, like against their anti-Blackness toward Haitian immigrants (the same people I worked alongside and served at my internship).

It hurts to know that I wasn’t able to share all of who I am with my family as much as they had opened up and shared with me. They will never get to see the beauty in the freedom I gained from my grandmother’s sacrifices. Though, I would never change the experience I had meeting them and documenting their stories for all the world.

Study abroad taught me to embrace my identities

As I studied abroad in Brazil, Mexico, and Chile, I had the opportunity to explore, understand, and experience the complexities of my identities. Whether or not my family ever accepts the nuances of my identities, I’ve decided it’s my secret to keep. While I wouldn’t typically associate with people who are so close-minded, they are the only family I have left on this side of my lineage. I strongly believe that bringing us together despite all of our differences can help us heal as family and individuals spread across countries. I wouldn’t change who I am or what I experienced in those places. If I could deep dive into who I am as a multicultural queer Latina traveling through Latin America all over again, I would do it in a heartbeat.

Want to learn more about identity and the study abroad experience? Read Ramil Mercado’s tips for incorporating your identity on study abroad. 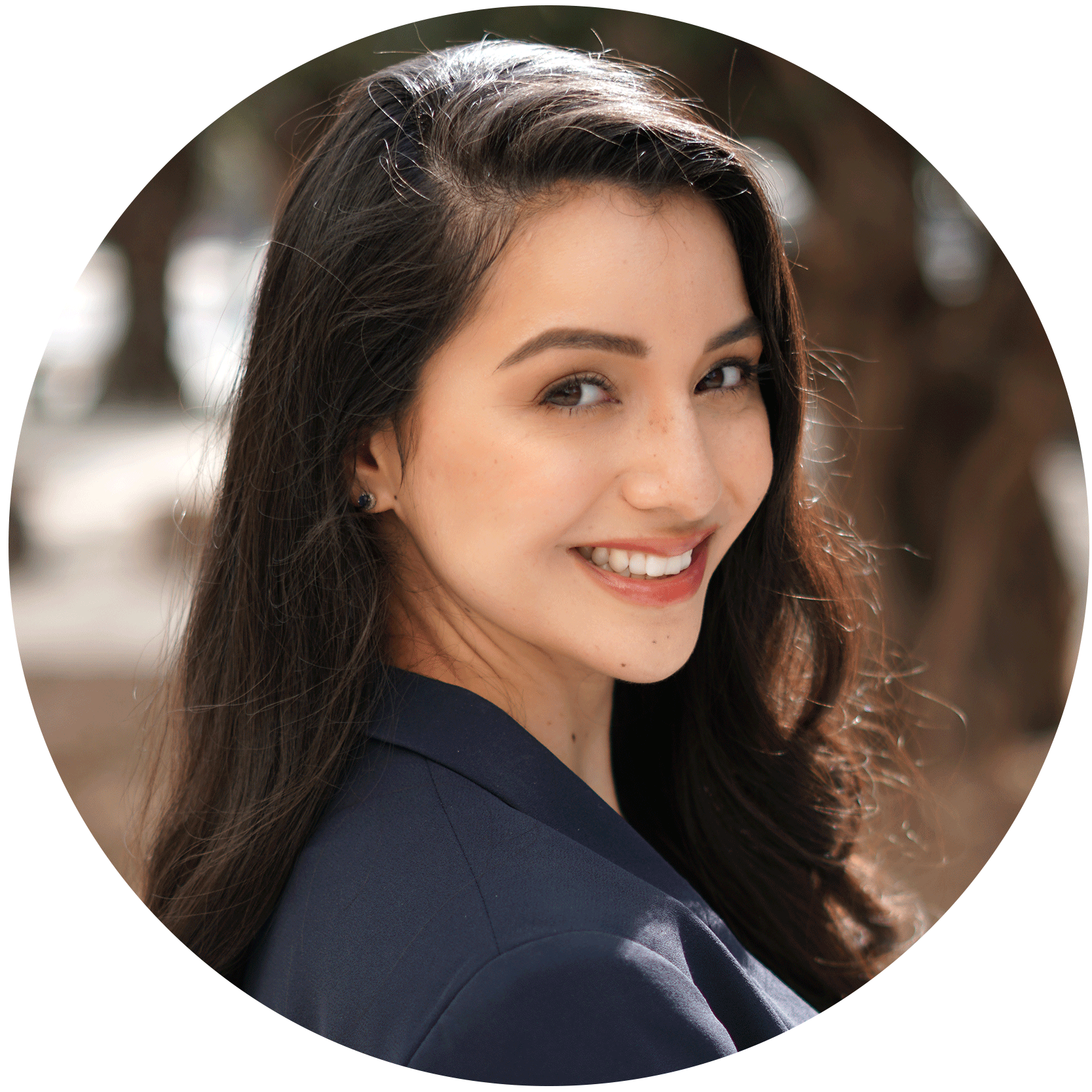 Elisabet Raquel García is a Global Education DEI Consultant and Content Creator for Access Equitable Education. She was a first-gen, low-income student turned 3x scholar abroad and Gilman Awardee. She was also a 2x Study Abroad Peer Advisor and Liaison at the Division of Global Learning at her Alma Mater, UC Santa Cruz, where she began her journey as a content creator and collaborator helping historically underserved students access global learning opportunities. Since then, she was invited by the Mexican Secretary of Foreign Relations to participate in a special Cultural Immersion and Volunteer Program for Scholars of Mexican Origin in 2019 and to work as an on-site mentor for the program in 2021. She and her work have been featured in Travel Latina, UC Santa Cruz Global Learning, and Terra Dotta.